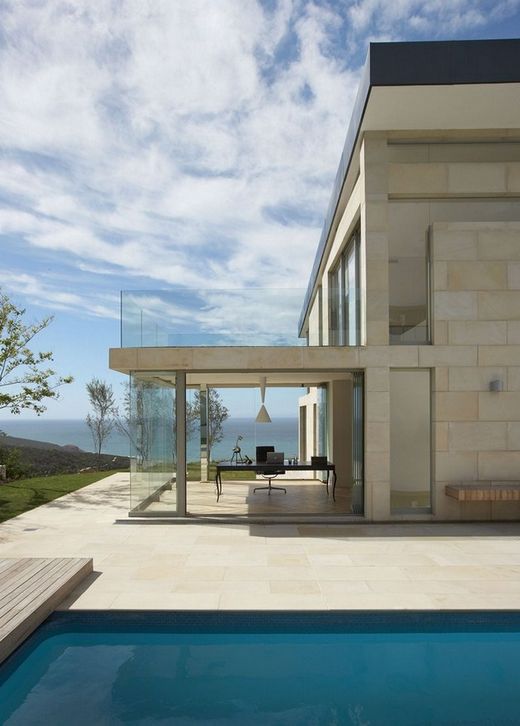 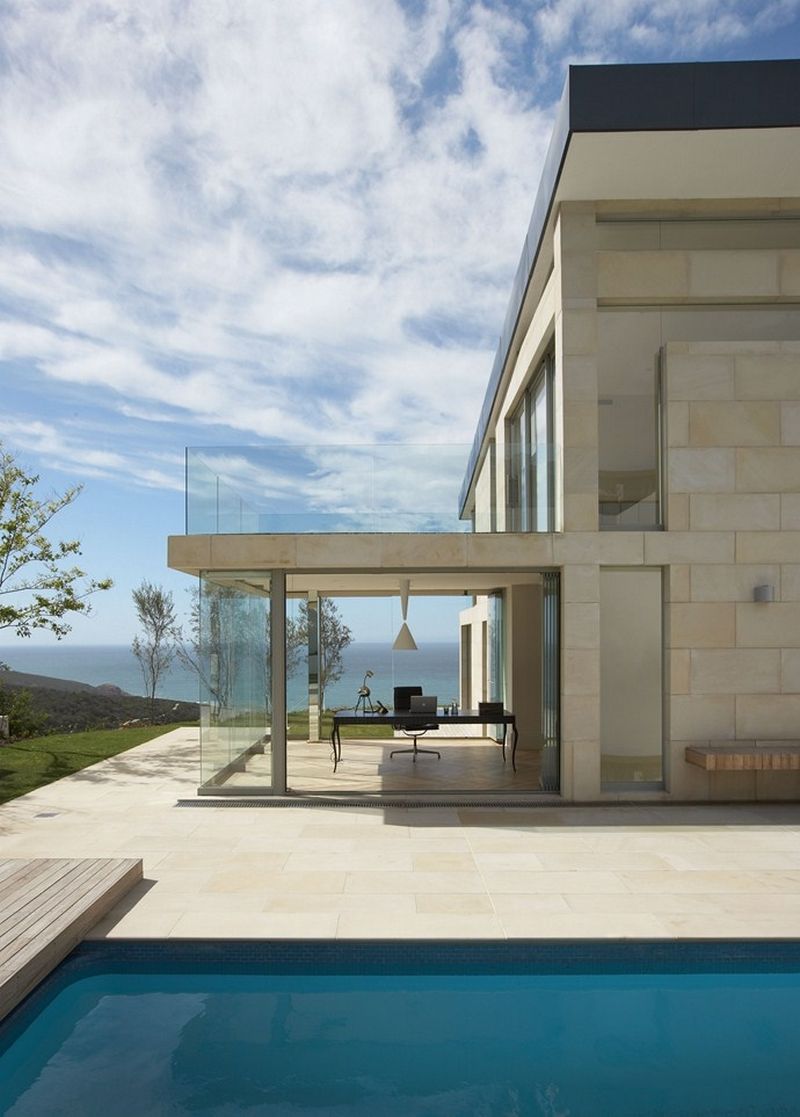 There are coastal houses that evoke the laid-back beachiness of their surrounds, decked out in driftwood, bleached blues and nautical stripes. They sing of the sea and invite the sort of carefree, barefoot living the land-locked among us can only fantasise about. Then there’s the luminous, pearly-pale sandstone-and-glass home that hugs the hillside on the rocky coastline near George. With its strong, clean lines and imposing, almost monumental, scale, it’s a stand-out home among the ‘coastal contemporary’ vernacular of the ruggedly beautiful golf estate that is Oubaai. Step inside and it’s a study of modern sophistication and glamour, all white, gold, charcoal and gleaming wood, its custom-made furnishings and pieces by local artists displaying extraordinary design savvy. Yet it’s the ultimate beach house, the dreamy-blue ocean the focal point within.
For its South African owners, back home after 12 years on ‘temporary assignment’ in London, the house represents everything they had wished for. Having sold their holiday house in Stilbaai in preparation for their return, they had been on the lookout for ‘something that could work as a house close to the beach, but that also had all the facilities of a non-beach house’. ‘We wanted a warm and welcoming environment with lots of space for our two small children to explore and play in,’ says the owner. When the only double plot at Oubaai, bordered by an Ernie Els-designed golf course, a nature reserve and the warm Indian Ocean, came onto the market, it was ‘a no-brainer’.
What was more difficult was having their new home designed and built from afar. Three architects were consulted before the owners met design couple Julian and Trevyn McGowan, whose show-stopper Wilderness home they had admired in House and Leisure (Jan/ Feb 2007). Trevyn’s company, Source, has significantly helped to catapult SA design into the international spotlight, while husband Julian is a former London-based theatre designer with an architectural knack and eye for detail. Having successfully designed their own home together, it seemed logical to take on a similar project, this time assisted by Wilderness-based architect Eddie da Silva.
Being passionate about contemporary design, the owners wanted the house to have ‘functional and aesthetic appeal, but also be homely and fun to be in’.
With Source handling the entire process, from the design to the contracting, project managing and manufacturing of bespoke pieces, it was essential for Trevyn and Julian to spend time with the owners in their London home, ‘seeing how they lived and getting an idea of the sorts of pieces they love’.
The house needed to be contemporary without being overly minimalist, and to reflect the modern and more classic tastes of the owner and his wife respectively, creating what Trevyn describes as a rather agreeable ‘sense of dialogue’. ‘The real pleasure of building your own home is that you get to have it exactly as you want it to be,’ she says.
A feature of the house is its double-volume space, the views maximised by floor-to-ceiling glass. ‘Integral to the design is how the main living areas are joined with the upper level where the children are,’ explains Trevyn. ‘There’s a sense of the family always being connected, wherever you are in the house.’
On weekends, after a round of golf, the family might fold open the glass doors to form a continuous inside–outside space, with the kids in the solar heated pool and the gas braai taking care of lunch. The afternoon might call for a wander down to the shore, or it might simply be spent on a couch, gazing into the blue beyond. As the owner says, ‘It doesn’t get much better than this.’ Text: Leigh Robertson 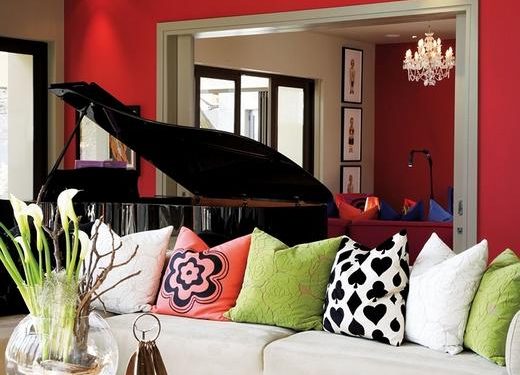 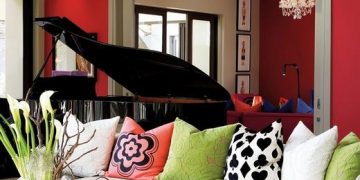